Looking to learn the basics of knitting? Join Beth for this 6 week class. Learn to knit a sampler scarf. Class size is limited.
Cost for the 6-week session is $80 and includes your start up materials.

The first beer pairing dinner was such a success, we decided to do another!! Come by Twin Barns Brewing in Meredith for Brinner (Breakfast at Dinner). A 4-course meal with beer pairings will be served. $65/ticket include tip. 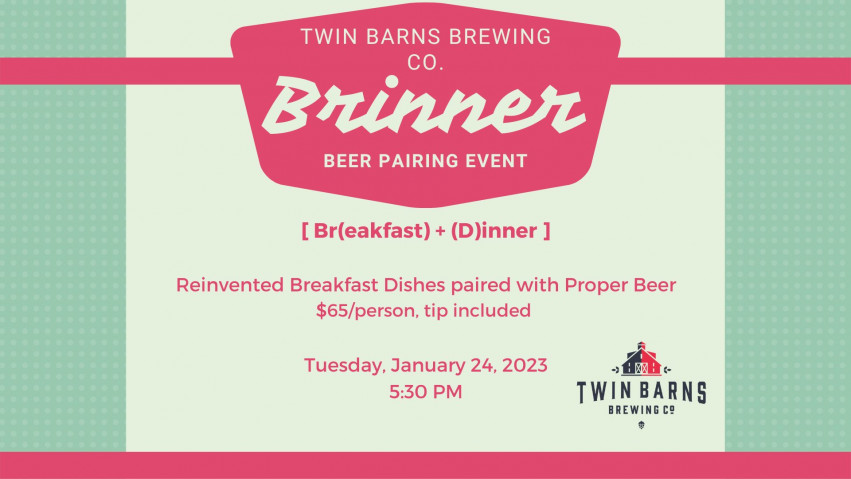 Enjoy an evening at the Movies in The Loft.

A glass of wine or beer, a light bite, popcorn, and the featured movie shown on our 12' screen.

A true story of survival, as a young couple's chance encounter leads them first to love, and then on the adventure of a lifetime as they face one of the most catastrophic hurricanes in recorded history.

Starring Shailene Woodley and Sam Claflin, Adrift is based on the inspiring true story of two free spirits whose chance encounter leads them first to love, and then to the adventure of a lifetime. As the two avid sailors set out on a journey across the ocean, Tami Oldham (Woodley) and Richard Sharp (Claflin) couldn't anticipate they would be sailing directly into one of the most catastrophic hurricanes in recorded history. In the aftermath of the storm, Tami awakens to find Richard badly injured and their boat in ruins. With no hope for rescue, Tami must find the strength and determination to save herself and the only man she has ever loved. Adrift is the unforgettable story about the resilience of the human spirit and the transcendent power of love. 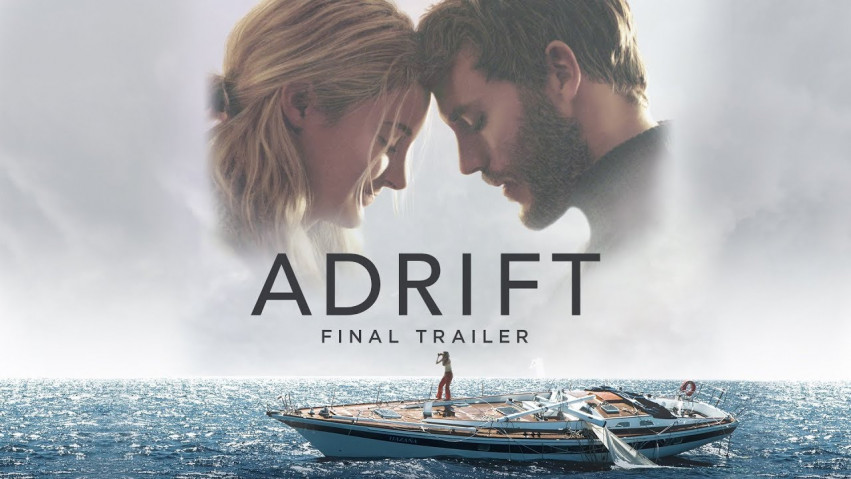 Come by Twin Barns Brewing Company for some wings and pints. Your choice of Garlic/Parm. Buffalo, BBQ or Nashville Hots. They all pair very well with a proper beer, raised in a barn. 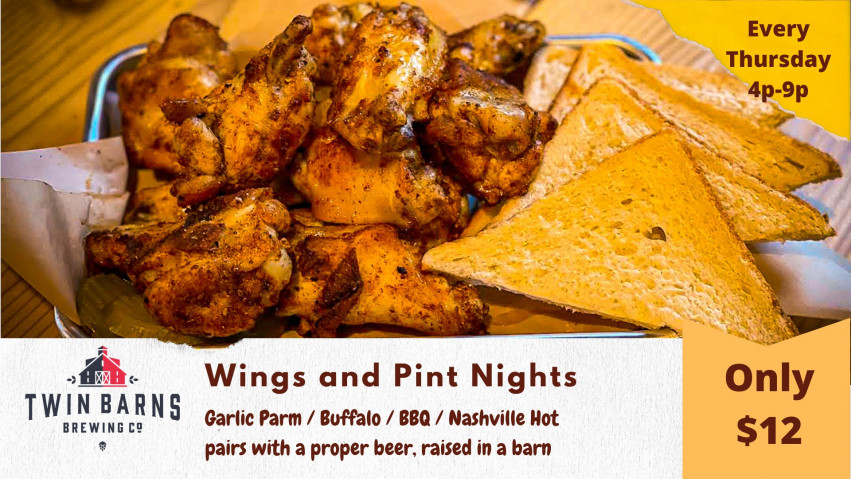 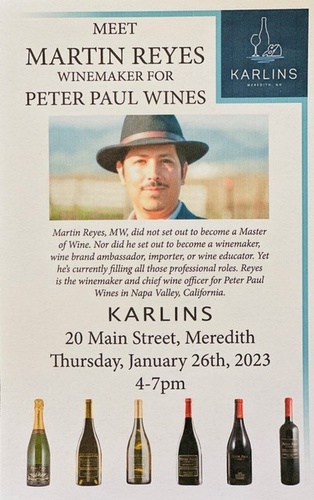 Known for his "Amazing One Man Show" Dakotas flexibility to deliver great original music and covers of Pop, and Classic Rock on both Piano and Guitar to include music from; Ed Sheeran, Lumineers, Elton John, Pink Floyd, Tom Petty, Black Keys, Otis Redding, and more! An accomplished musician, Dakota’s main instrument is piano, he also plays guitar, ukulele and drums. He is an ASCAP Writer/Publisher and has written over 100 songs. He performs original music and covers from New England to Nashville. He's very comfortable on stage. He started performing at age 10 and by the time he was 17, he was on tour with an opening band for legendary, Three Dog Night!

This event is an opportunity for farmers who are looking to sell their products to meet local food buyers, and for food businesses seeking local products to serve their customers and clientele. This is a networking event and farmers are encouraged to bring samples of their products if available.

Mark your calendars and head over to Twin Barns Brewing Co. in Meredith, NH for great company, local beer, and live music with Tom Boisse!

Brought to you by NH Music Collective. 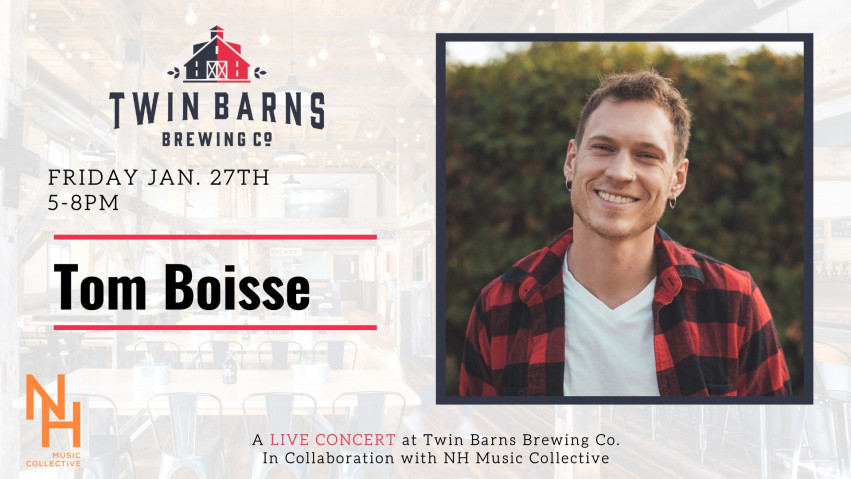 Can't convince your kids to go outside much less on a hike with you? Experience the many ways you can make time in nature with your kids fun through immersive games! 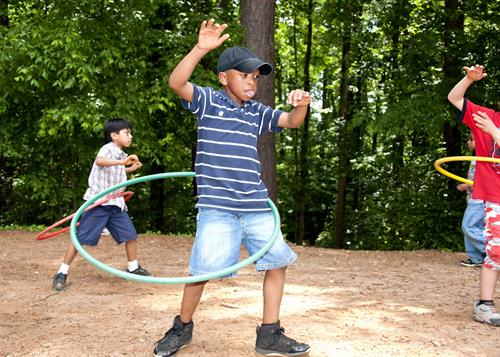 Immerse yourself in the peacefulness of nature as you practice yoga on snowshoes! Snowshoes help keep you on top of the snow and provide a more stable base. Experience inner calm and a sense of wellness in nature with yoga poses, a guided walking mediation, and this introduction to shinrin-yoku, or “forest bathing.”

Snowshoes available (no extra charge) to borrow or guests may bring their own. 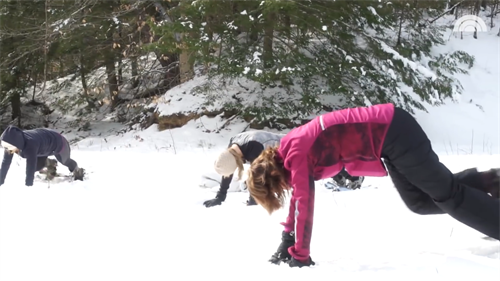 How do telescopes show us far away objects? Join us in trying simple experiments figure out how reflecting and refracting telescopes work. 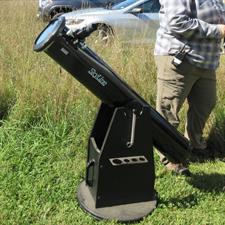 Mark your calendars and head over to Twin Barns Brewing Co. in Meredith, NH for great company, local beer, and live music with The Hart of Sound!

Brought to you by NH Music Collective. April Cushman is a New Hampshire native, residing in Swanzey, NH. She is a songwriter, mom, wife, farmer, and all-around true grit country girl who has supported many acts throughout New England over the last handful of years. She was nominated for six New England Music Awards for 2022, including Artist, Song, Album, Female Performer, Live Act, and Country Act of the Year.  April released her debut album, "The Long Haul" in November 2021, which was produced by Nashville Grammy-nominated producer, Colt Capperrune. April has been writing songs with Vibe City Publishing artist, Steve Smentek as well as Vibe City Publishing Founder and #1 hit writer, Marty Dodson.  She has plans in the future that include more writing with hit writers like Johnny and Heidi Bulford as well as touring in a special project as the lead singer with some of Nashville's biggest touring musicians. You can follow also April's journey and find all of her music at www.aprilcushman.com, as well as all social media platforms.

Isaiah is a Billboard Top 10 pop/country recording artist from Windham Maine with over 100k streams online from his previous 2 EPs. His 2022 latest singles “Work No More”, “It All Started With Tequila” and “Back Porch Angel”  have drawn the likes of Thomas Rhett, Amos Lee, and Drake White.  A father of 3 and husband, Isaiah’s songwriting is more focused on his family life and being present in a world of chaos.

Isaiah will take the stage at 7:00 PM and April will follow