on Lake Winnipesaukee with private frontage in February! This was on Dale Rd in Meredith, a turn-key house at the start of Fish Cove. 3 bedrooms and 6 bathrooms. Not so balanced of numbers for bedrooms to baths but it is likely given the .39 acre lot the maximum allowable septic system design is for a 3 bedroom. The description says more "sleeping spaces with en suite bathrooms so it is likely that "office" or "den" without a closet is used for more sleeping accommodations to make sense of a 6 bathroom count. This property closed for $650k over asking.

As of today (March 7th)- there are now 10 residential, single-family privately owned waterfronts available on Lake Winnipesaukee. (11 last month). This is with an average asking price of $7,113,000. Three of them are on Governors island. 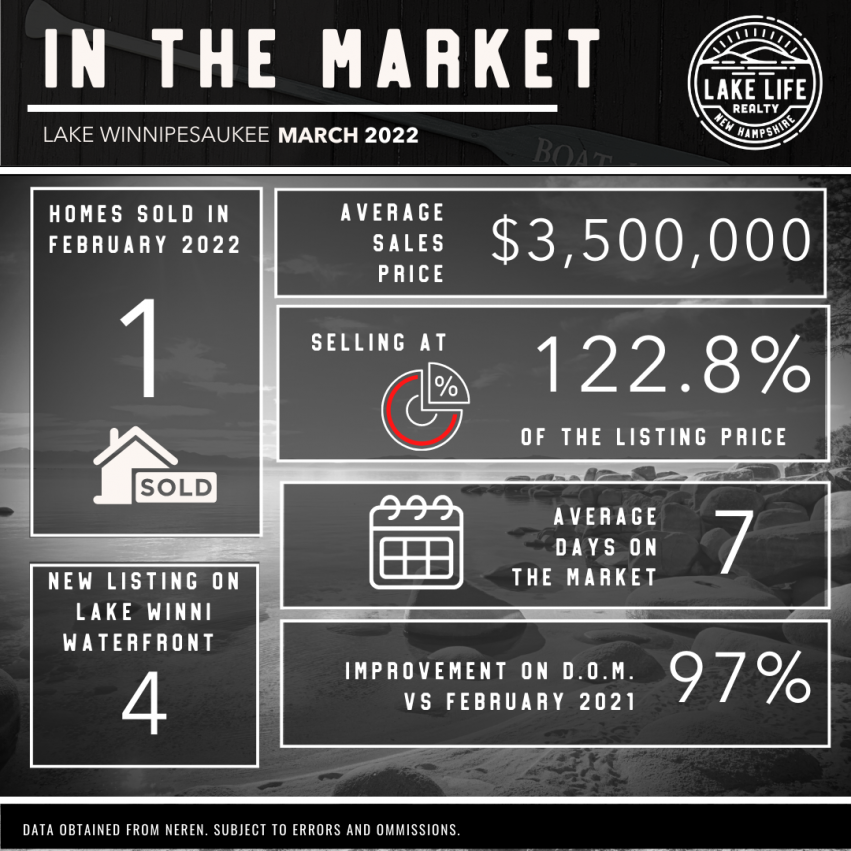 hit the market in February and currently, only 1 remains available to date. This remaining one that came on in February is located on Black Cat Island (accessible by car) and has seen a few price drops since originally asking $1,950,000. It now is adjusted to $1,450,000.  The current feedback we have heard is that the lot has quite a bit of ledge/rock and slope making it more of a project that some would like to have.

The other THREE properties under contract were in Laconia, Alton, and Moultonborough. An interesting one is 91 Christmas Tree Lane in Moultonborough- a waterfront located in Bald Peak Colony Club. This property first was introduced by the current owners in January 2020 for $2,650,000 and didn't sell, expiring that July. Next coming right back on in July with another brokerage at $3.1M it did not sell and came off the market just over a year later in July 2021. NEXT, it came on with the same brokerage on February 7th, 2022, and was on the market for 16 days before going under contract with an asking price now of $3,900,000. No noticeable changes had been made to the property since it first came on in 2020. These prices are showing some massive appreciation for waterfront properties as an example. 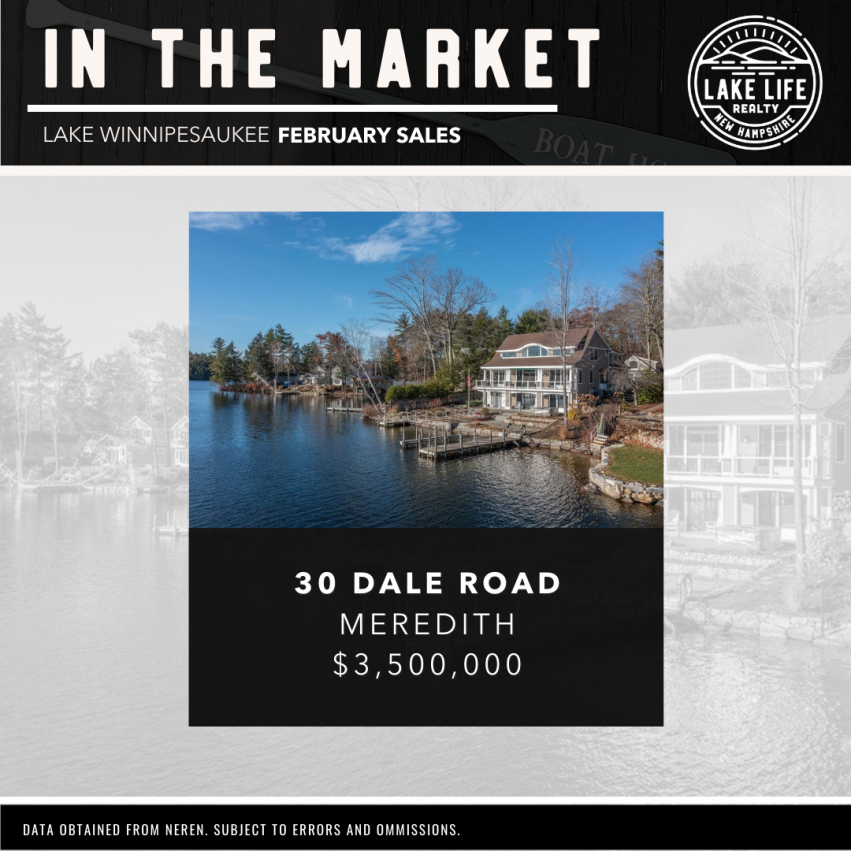